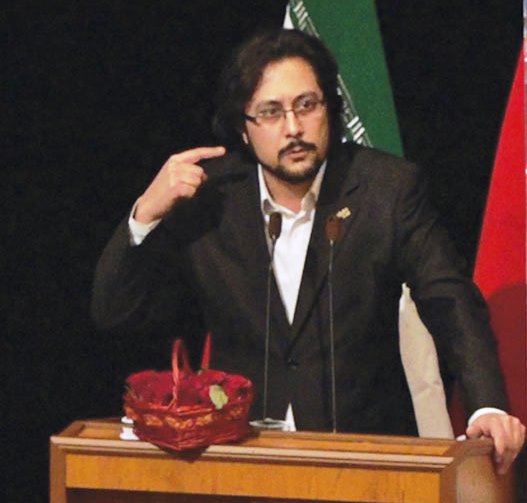 Attention, Crowd: We Need Your Money!

The increasing number of projects and amounts of money raised (cf. Asghari,Wilgeroth, & Rink (2015), F€ ur-Gr€ under.de, 2015; Institut f€ ur Mittelstandforschung Bonn (2015); WirtschaftsWoche, 2015) as well as the growing number of crowdfunding platforms (cf. GoGetFunding.com, 2013) indicate the developing importance of crowdfunding as an entrepreneurial tool. Crowdfunding developed in a twofold manner: Initially, it evolved within the creative industries, at first mainly enabling musicians to produce their songs, then other creative sectors followed, and soon all kinds of artists and media producers availed themselves of crowdfunding platforms to start, complete or expand their productions (cf. Moritz & Block, 2013, p. 2). Beyond the funding of artistic projects, crowdfunding also emerged to be a financial option for setting up start-ups. This development corroborates the increasing importance of publicly cooperating with a crowd of unknown business partners.
Although there is a broad discussion on entrepreneurial strategies in terms of business funding, this paper refers to the funding of single projects. When comparing projects competing for funding on crowdfunding platforms some projects seem to be noticeably more successful than others. With regard to the German crowdfunding platform startnext.com (cf. Bartelt, 2015), the range of options to present a project is limited and the platform itself demands particular content from the project founders. Against this background, this paper addresses a central

question: What and how do the project founders have to communicate to become funded successfully? This research question already hypothesizes that content and communicative methods are crucial factors in the funding process. However, due to the inductive approach, the researchers also considered the possibility that regardless of the communication activities the idea itself may be the only decisive factor for the success of a project in the funding process. The aim of this investigation is to provide an explorative overview of crucial factors in conveying convincing content. This paper contributes to the field of entrepreneurship and start-up strategies by factoring in crowd communication activities into start-up funding. Furthermore, the results serve as a basis for further investigations, especially in the context of structures and influence routes in communication in enterprise and social networks.
Insights into successful communication strategies on crowdfunding platforms thus contribute to developing a new kind of enterprise network as well as business models with a crowdfunding community for businesses in global digital media.
In order to closely examine communicative activities on crowdfunding platforms, the paper applies qualitative content analysis, taking into account different communication elements required on startnext.com. This includes the different sections of the startnext.com profiles where project founders present themselves through text, video and images.
The paper is organized as follows: Section 2 focuses on recent developments in the growing sector of crowdfunding and develops the conceptual framework of the study. Section 3 presents the method and the categorisation framework derived from the content analysis followed by the results which are presented in section 4. A detailed discussion in section 5 addresses potentials as well as limitations of the investigation and its results and also reveals perspectives for future research in this novel sector of communication research.

Crowdfunding has significantly increased in both the number of projects and the financial volumes invested (cf. Brandt, 2013; Gierczak, S€ ollner & Leimeister (2014)). Accordingly, the interest in this field of research has intensified.
Crowdfunding is especially prominent in the creative industries which are defined as all activities that refer to culture and media and which include traditional media sectors such as movies, books, music, broadcasting, etc. (cf. Wiesand, 2010). The literature review indicates how broadly the idea of involving the crowd has developed and that a distinct description and differentiation of involvement is necessary to distinguish between such strategies as crowdfunding, crowdsourcing, crowdinvesting, etc. (cf. Ebner & Sch€ on, 2011; Moritz & Block, 2013). This paper applies the following definition as a basis for understanding the concept of crowdfunding: ‘Crowdfunding involves an open call, mostly through the Internet, for the provision of financial resources either in the form of donation or in exchange for the future product or some form of reward to support initiatives for specific purposes’ (Belleflamme et al., 2013). Relying on money provided by a crowd proves to be an alternative to traditional ways of financing projects or 108 S. Baumann and H. Bruning € companies (cf. Schenk (2014)). It is based on a general change towards a more involved society due to Web 2.0’s participation opportunities. These also create communicative relationships between funding and funded persons and include aspects of donations, different ways of being rewarded and profit-sharing (cf. iwd, 2013; Schramm & Carstens (2014); Sixt, 2014). Because of the manifold potentials underlying the idea of crowdfunding, the dynamics and differences in terms of geographical and personal influences, for instance the founder’s existing networks, are part of the discussion (cf. Mollick, 2014). Other studies focus on general factors of successful funding on crowdfunding platforms and indicate the communicative presentation and choice of media as another relevant factor (cf. Will & Br€ untje, 2013 p. 66). Coherently, the project founders’ direct interaction with such an extensive number of potential funders also opens up new opportunities in terms of market research (cf. Wenzlaff, 2015).
Besides early stage funding the networking effect of creating contacts with the crowd is another factor for start-ups’ success later on. The figures concerning crowd investments in start-ups indicate that some companies excel in attracting funds while other lag behind. For instance, whereas the overall amount of money invested by crowdfunders noticeably increased, the number of financed projects remained almost on the same level (cf. Grieß, 2014). Therefore, it is vital to determine which communication elements influence the willingness of the crowd to offer their money on crowdfunding platforms.

This paper takes into account communicative applications as factors of success for attracting crowdfunding. It investigates the communication elements start-ups applied on crowdfunding platforms in order to determine the influence of communication measures in convincing the crowd. Besides listing the different communication media employed, the investigation includes a qualitative analysis of content to explore crucial factors. Additionally it considers further aspects such as incentives, number of supporters and investment amounts.
Due to the media’s business model of producing and distributing content, the creative sector is highly suitable to serve as an exemplary case for investigating communicative applications. This paper uses a sample of German film start-ups that employed startnext.com, a crowdfunding platform with a special media focus. The sample contains 28 movie projects which were all in the stage of funding within the two week timeframe of coding. Selecting a restricted time frame and a single sector (movies) ensures similar conditions in which the start-ups created the profiles for their projects.
In order to examine the communication applications through which project founders communicate on the crowdfunding platform, this paper applies a qualitative approach, analysing the content following mainly Mayring’s concept (Mayring, 2015). This method generally refers to documented and recorded
communication such as texts, pictures, etc. and all related steps of analysis refer to theory-based systematic guidelines. The content analysis systematically structures content and allows conclusions on the intentions and impacts of communication (cf. Mayring, 2015, p. 12). In order to identify elements that are beneficial in crowd communication, this papers aims at revealing possible factors and their frequency in the communication of successful projects. Due to this quantitative aspect within the study, this paper applies the content analysis’ version focusing on frequencies addressing several steps: Phrasing the central question, determining the sample, identifying and defining the categories, defining the material with units of analysis, units of codes (minimum text elements being coded) and units of context (maximum text elements being coded), coding, calculation of frequencies and presentation as well as interpretation of results (cf. Mayring, 2015, pp. 15, 62).
The central question of this paper refers to what and how project founders have to communicate on a crowdfunding platform to reach their goal and become funded. Because of a very inductive approach, a small sample serves as a starting point for research in this novel field. As a first step a review of the sample for its  different kinds of content in the communication application revealed an identical structure in all project presentations. The categories (see Table 9.1) were then derived from the different elements in each project presentation demanded on startnext.com. The values for each category originate from the first overview, in
many cases already answering the question of what the project presentation encloses. The codebook combines the categories and values and defines the range of possible codes for each variable with a nominal scale. The purpose of the values is to define as precisely as possible what kind of content the different elements deal with. To ensure an exact set of values, the codebook was revised after coding a few projects with values being added and renamed in a more concise manner. For instance, the categories video content and video style show that the project funder employed the video format while the values for video content specify what the video is talking about (about the producers and their personal motivation to start the project? About the story itself and what funders can expect from the movie? Or about a certain event that was the occasion to start the project?). In order to explicitly assign the different content elements, the researchers always referred to the main tendency of each content element in case it could not be coded separately.
Due to the small sample and rather short communication and text elements, the differentiation between unit of codes and the unit of context was not always applied.
For instance, the codes do not refer to the single elements of pictures, but instead the whole picture is a unit of code. Within the text elements, it was possible to have more than one unit of codes which was defined to comprise at least parts of sentences consisting of more than three words. The unit of context depicts the
maximum of the whole text element, depending on a given length.
The same coding process was applied for videos. For videos one occurrence may be that the main part deals with several instances, for example with the persons producing the movie and their motivation, but also a certain event. In this case, only “About producer personal motivation” would appear as code if that was the primary focus. Very few elements referred to two values in equal measure which then were both coded. A guideline combines each value to several quoted exemplary expressions indicating which value to choose.1 The status quo of funding in each project was noted only once, but all content elements were coded twice and independently from two different researchers. Besides the structured coding, both researchers noted additional overall impressions on the style of language and the communicative appearance.